Allahyar and the Legend of Markhor is a Pakistani computer animated film directed by Uzair Zaheer Khan. It depicts the story of a young boy and his relationship with animals. The film is produced by 3rd World Studios and distributed by ARY Films. Set in the northern regions of Pakistan, the story follows Allahyar, a young and mischievous boy who ends up dealing with circumstances he never thought possible. The movie aims to shed light on the preservation and illegal hunting of wildlife, with main characters Mehru (a markhor), Hero (a Chukar partridge, known as chakor in Pakistan), and a snow leopard named Chak'ku being endangered species. The film received a largely positive reaction by the general audience but received mixed to positive reviews by critics.

The film won the prestigious Monolith Award for Content at the Infinity Film Festival at Hollywood. It was also screened at South Asian International Film Festival (SAIFF) at New York, where it received Best Feature Film in the Audience Choice category. 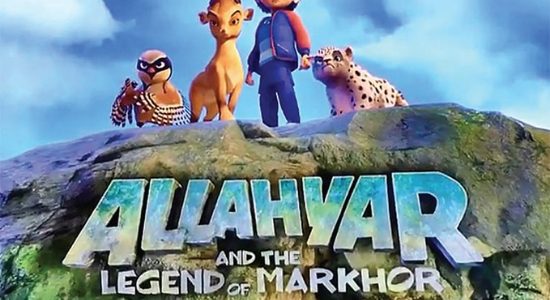 Allahyar and the legend of Markhor