Selim I (Ottoman Turkish: سليم الأول‎; Turkish: I. Selim; 10 October 1470 – 22 September 1520), known as Selim the Grim or Selim the Resolute[3] (Turkish: Yavuz Sultan Selim), was the Sultan of the Ottoman Empire from 1512 to 1520.[4] Despite lasting only eight years, his reign is notable for the enormous expansion of the Empire, particularly his conquest between 1516 and 1517 of the entire Mamluk Sultanate of Egypt, which included all of the Levant, Hejaz, Tihamah, and Egypt itself. On the eve of his death in 1520, the Ottoman Empire spanned about 576,900 sq mi (1,494,000 km2), having grown by seventy percent during Selim’s reign.[4]

Selim’s conquest of the Middle Eastern heartlands of the Muslim world, and particularly his assumption of the role of guardian of the pilgrimage routes to Mecca and Medina, established the Ottoman Empire as the most prestigious of all Muslim states. His conquests dramatically shifted the empire’s geographical and cultural center of gravity away from the Balkans and toward the Middle East. By the eighteenth century, Selim’s conquest of the Mamluk Sultanate had come to be romanticized as the moment when the Ottomans seized leadership over the rest of the Muslim world, and consequently Selim is popularly remembered as the first legitimate Ottoman Caliph, although stories of an official transfer of the caliphal office from the Mamluk Abbasid dynasty to the Ottomans were a later invention. 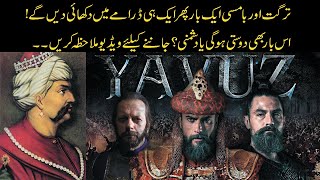